The country at the “End of the World”, Argentina, is a Spanish speaking country in South America that occupies most of the southern part of the continent. Is the eighth largest country in the world and is larger than the combined territory of the US State of Texas and Mexico. It includes vast lakes, deserts, tundra, high mountains, rivers and thousands of miles from the coast. Argentina also asserts most of the Antarctic and several southern Atlantic islands, including the Falkland Islands.

Argentina’s culture is as diverse as the nature of the world and consists of a huge variety of ethnic and social groups. The modern argentine culture was primarily influenced by Italian, Spanish as well as other European immigrations during and after the Second World War, even when elements of American and African roots, are still less significant.

Regarding music and arts, cultural venues and activities frame Argentinian cities. The cultural center of Buenos Aires is primarily distinguished by the proliferation of European style architecture and deliberately emulating European styles. There is a great deal of theater, dancing salons, museums and exhibition, as well as common outlets such as literature pubs and bars with a range of live music, in all the big cities of the country. 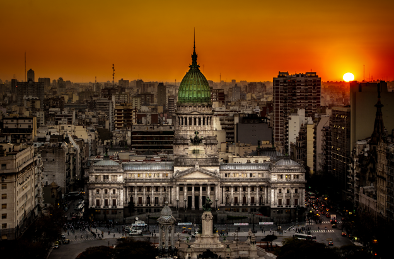 Sports are very important for the Argentinian population with some of the worlds most famous soccer players as Diego Maradona or Leonel Messi. Argentina has risen FIFA World’s Cup in two occasions in 1978 and 1986. There have been many other recognized figures in other sports like Juan Martín del Potro in Tennis or Juan Manuel Fangio in F1.

The iconic Argentinian dance, Tango, originated in the nineteenth century, has become part of the UNESCO’s Intangible Cultural Heritage List and is practice all around the globe. Around Tango, also the musical tradition of Argentina has developed with composers like Astor Piazzolla and Carlos Gardel, the most renown tango’s composer. 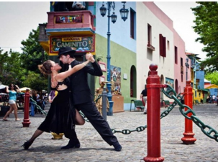 The name of the nation derives from the Latin term “Argentum”, meaning silver and was given to the country due to the large deposits of the precious minerals that were found in the territory, which before the Spanish conquest was part of the huge Inca Empire.

The national capital, Buenos Aires, with its new, bustling neighborhoods, spread through the eastern Pampas. It is the third most crowded city in South America. Its design and vibrant afternoon life are mostly close to Paris or Rome. Its architecture depicts the  people who immigrated at the end of the 19th and the beginning of the 20th century. About one-third of the Argentine population reside in Greater Buenos Aires. The other main cities of the world are Mar del Plata and La Plata, as well as the Atlantic Sea and Bahía Blanca, and Rosario.

The border with Brazil host one of the most majestic bodies of water in the world: the Iguazu Falls, the biggest falls in the world. Did you know the Iguazu falls surpass the size of the Niagara Falls in Canada? The name that features them comes from the Guarani words “i” that means water y “wasu” that mean big. 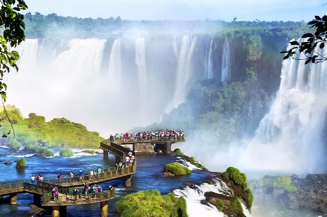 Also, the southernmost town in the world is located in Argentina, its name is Ushuaia and is consider the end of the American continent and the capital of Tierra del Fuego province. The population of Ushuaia denominates their hometown El fin del Mundo, the Spanish phrase for the “End of the World”.

Since the earliest human villages in the South tip of Patagonia, about 13,000 years ago, prehistory started in the modern territories of Argentina. Previous to colonization the territories of actual Argentina were part of the Inca Empire, which spread from Perú to the last part of the American continent, although most of the settlements were in the North of the country.

Recorded history starts with a visit to the Río de la Plata, the beginning of the Spanish conquest of that area by Spanish Chronicles to Juan Díaz de Solís of 1516. In 1776 the Spanish Crown created the Viceroyalty of the Rio de la Plata, a parasol of territories from which a phase of gradual creation of many independent countries started with the Revolution of May 1810, of which, one was named the Unified Provinces of Río de la Plata. 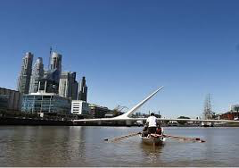 Argentina declared its independence in 1816 after three hundred years of Spanish colonization, and nationalists from Argentina played an important role in revolutionary movements in other countries, which led the writer Jorge Luis Borges to later visualize, “South America’s independence was, to a great extent, an Argentine enterprise.”

Argentina has been crossing difficult political periods. Conflicts and battles, sometimes, between political groups seeking the control of either Central Authority (Buenos Aires-based) or Regional Sovereignty have framed the history of the country since its creation. 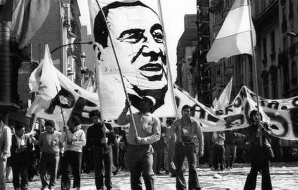 In 1946 Juan Domingo Perón, won the presidential elections, and a new period for Argentina started: Peronism. In the decade of 70’s after a coup, Peronism was defeated, and dictatorship started in the country. It led to a time of military occupation and violence where thousands of alleged protesters were either vanished or murdered. This concluded with the devastating 1982 Falklands War when the South Atlantic Islands were occupied by Argentina. In a brief, yet brutal offensive the country wanted to declare, control and conquer the British powers. The failure contributed to the collapse of the authoritarian dictatorship. Numerous economic problems and political instability have dominated the Argentinian horizon since then. 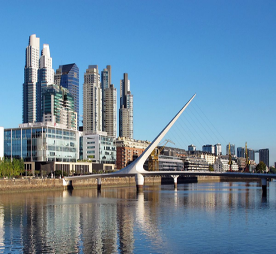 Argentina is the third-largest economy in Latin America and the second largest in South America, taking advantage of its abundant natural wealth, its strongly literate workforce, its diversified manufacturing base and its export-based agriculture industry. The ranking in the Human Development Index is “really” large and the per capita GDP is fairly small, and the large-tech industry is progressively active.

Regarding livestock and cereal production of Argentina is one of the richest nations in the world. The Pampas, rich grasslands that once were a domain of nomadic Americans followed by the Gauchos, produce large part of this farming activity. The economic activity has been enriched by the European traditions as a big part por Argentina counts with a Mediterranean weather.

Nevertheless, the economy has traditionally been very volatile with strong economic performance coupled with extreme recessions, wage mismanagement, and growing deprivation in recent decades. Argentina grew and was the seventh wealthiest nation in the world in the early 20th century. While it succeeded in holding its position in the top 15 economies until the mid-century, its fall was long and slow.

High inflation — an economic vulnerability for decades — has again become a concern, with an annual average of 24.8% in 2017. The government has placed foreign exchange restrictions to discourage and support the peso. The distribution of profits, which has changed since 2002, is considerably different, still classify as medium.

Relations between Argentina and India are related to bilateral agreements. There is an embassy in Buenos Aires in Argentina and it’s correlated in India. Both countries belong to G20, Group 24, and Group 77 respectively.

In the United Phosphorus Ltd (UPL), Synthesis Quimica, Glenmar, and Godrej, several Indian companies such as TCS, Wipro, CRISEL, Bajaj, and Cellent operate in Argentina. As of 2013, they employ seventy thousand Argentines. For future petroleum production firms in Argentina, the ONGC signed an MoU with ENARSA.

The Indian Football Academy has been interested in preparation and trade with the Argentinian soccer team “River Plate.” Diego Maradona, the Argentinian soccer hero, toured India in October 2009. In the Indian Super League, a variety of Argentine players participate. There’s a big fan group following Argentina’s national soccer team in the Indian states of Kerala and West Bengal.