¡A Jewell of Latin America! 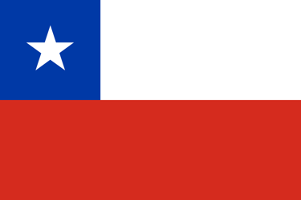 Chile, a Spanish speaking country, is a country of contrasts! With the worldwide biggest swimming pool and the driest desert on Earth, even drier than the Sahara, is situated on South America’s west coast.

Its territory ranges from the frontier of Peru, about 2,700 kilometers, to the southern end of Cape Horn. A large narrow nation, Chile’s total width is only around 110 miles. It is bounded by Peru and Bolivia to the north and Argentina to the long eastern boundary, and the Pacific Ocean to the west. Come with us to learn more about this incredible Spanish speaking country!

The Chilean society represents the country’s populace and cultural distance from the rest of South America. The Chilean society has been the combination of Spanish colonial tradition with elements of indigenous, and other foreign cultures migrations since colonial times. 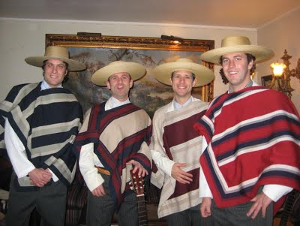 Chile’s traditional representation are primarily the Huasos from Central Chile which possesses their own folk music, dance, and costumes. While the traditional rituals of Central Chile remain fundamental to Chile’s national and cultural heritage, Chile is geographically and culturally diverse from North to South, with numerous indigenous cultures and different migrant communities residing in Chile. Moreover, while some regions of Chile have a rather long indigenous background such as the area of Araucanía, Easter Island, and the area of Arica and Parinacota, some regions neglect significant indigenous populations and others have a remarkable European migrant heritage that is non-Spanish.

Chilean national dance is the Cueca (short for Zamacueca), which was first recorded in 1824. It was introduced to foster Chilean nationalism, ethnic identity, and restorationist fervor by the Pinochet government during the 1970s and 1980s for strategic purposes.

The Tornado is another type, if not dance, a piece of popular Chilean music. The Spaniards introduced a mid-line melodic portion and a more popular melody distinguished from La Cueca. 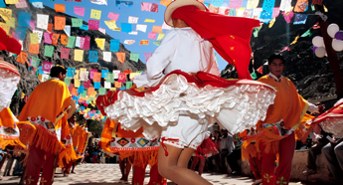 The term “Chile” may have its roots with the Mapuche word “chili,” meaning “where the land ends,” or the Mapuche approximation of an appeal that sounds like “cheele cheele.” 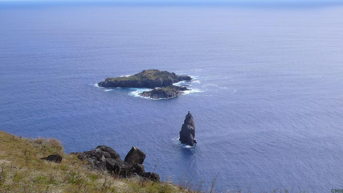 The islets of the volcanic isles of Sala y Gómez, of San Felix and San Ambrosio both found in the South Pacific are the jurisdiction of the island over Easters and the archipelago of Juan Fernandez. Chile cites an underwater cap of 200 kilometers. Santiago is the capital. The relief of Chile is mostly mountainous and overlooks the scenery by the Andes area. Thanks to its exceptionally vast scope, the coastal desert begins in the tropical north with a broad variety of temperatures and finishes at the southern tip of the coastal Antarctic. Chile is also a nation with intense natural events: volcanic eruptions, major earthquakes, and tsunamis that frequently strike the nation along critical faults of the ocean floor. Fierce winter winds, flash flooding, and severe summer droughts are other challenges to geographic hardship.

Did you ever wonder if we’re alone in the universe? Chile is and does have an officially funded and recognized UFO research center and, is one of the few countries in the world to have it. The Air Force Office manages the operation of rare aircraft. Most Chileans even want to “look at the stars,” report alleged Aliens and alien activities.

Chilean bread production and consumption is the world’s second– behind the Germans. No wonder that the various varieties of Brot, including the famous marraqueta loaves, are absolutely delicious.

The Gran Torre in Santiago – a staggering 64 stories high is South America’s tallest structure. You can enjoy a beautiful view of the town and nearby Andes mountains onto the freshly built observation platform. 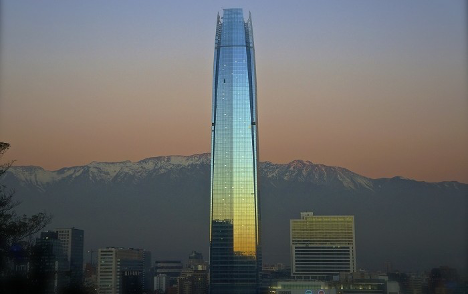 One of the most impressive heritage that Chile has is Isla de Pascua or Easter Island by its English name. It is one of the most remote inhabited islands in the world, even though their original populations disappeared without leaving any clue leaving a huge remaining cultural development and more than 800 monolithic sculptures better known as the Head of Eater Island.

Since at least 3000 BC, Chile’s land has been inhabited. In the 16th century, the Spanish conquerors had begun subduing and colonizing the territory of Chile and after centuries of rule, Chile became independent in 1818. In the course of the economic growth of the country, exports of first crops were successively labeled, then saltpeter and then copper. The abundance of raw materials culminated in an economic boom, but also in dependency and even conflict with neighboring states. For much of its first 150 years of independence, Chile was governed by different modes of restricted government, where the people were closely regulated and scrutinized by the elite.

Under Socialist President Salvador Allende, the political division was motivated by the inability to tackle economic and social development and the growing political consciousness of the less wealthy community, as well as overt involvement and electoral support to the main political parties of the CIA during this Cold War. This contributed to the 1973 coup d’état and to General Augusto Pinochet’s military regime, who was accountable both for the numerous abuses of democracy and for the sweeping structural restructuring in the economy over 17 years. In 1990, Chile finally conducted a stable political transition that continue till these days. 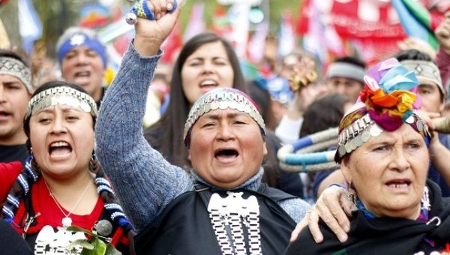 The World Bank has ranked the Chilean economy as one of the most productive economies in South America. Chile is a leading Latin American country in growth, per capita wealth, globalization, economic equality, and low corruption. Chile is economically inequitable, as calculated by the Gini index, but it is below the global median.

In 2006, Chile became the nation with Latin America’s largest nominal GDP per capita. In May 2010, Chile became the first nation to enter the OECD in South America. The lowest in the 34 of the OECD countries and the lowest in 2010, reaching 20.2 percent of GDP in 2013 is tax receipts. Chile has a human growth index of 0.696 compare to the neighboring countries Uruguay, Argentina, and Brazil who stand at 0.703, 0.714, and 0.575 respectively.

Chile placed 30th in the world’s most successful and first in Latin America, well above Brazil (56th), Mexico (60th), and Argentina (85th), and has since dropped out of 30th position, under the global competitiveness reports for 2009–2010. In the Competitiveness Index rankings, Chile was named 34th in the world in 2014, 41st for 2015, and 48th in 2016, at the index of the ease of doing business created by the World Bank. An estimated total domestic savings rate is an estimated 21% of GDP in the private national pension system (AFP).

Chile and Indian both have embassies in each others country. Interestingly both the countries belong to the G-20.

In 1956, Chile became the first South American country to conclude a trade deal with India. The framework agreement for more mutual collaboration between India and Chile was concluded on 20 January 2005. The government introduced the Preferential Trade Arrangement (PTA). It was signed in New Delhi in November 2005, following multiple rounds of negotiations. The PTA came into force in Chile and India on 11 September 2007 on 17 August 2007.

In 2016, the two countries agreed to extend the preferential trade agreement (PPT) between India and Chile, which represented a 10-fold leap in the number of goods exchanged at concessional tariffs. India’s bilateral trade in Chile amounted to $2.6 billion with exports amounting to $0.68 billion and imports amounting to $1.96 billion in FY 16. 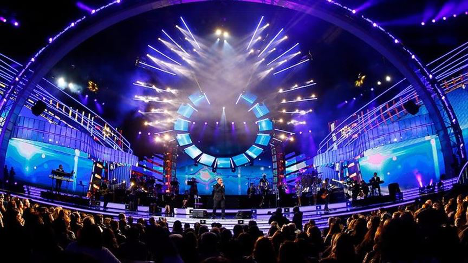