¡The Tom Thumb of Centro América! 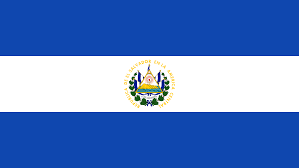 This country comes close to the oxymoron of being the smallest, yet most densely populated of the 7 Central American countries and the smallest country in continental America. El Salvador is fondly called Pulgarcito de America (The Tom Thumb of the Americas). However, officially it is known as The Republic of El Salvador. The country has San Salvador as its capital which also happens to be the largest city of the country. Continue reading to learn more about this amazing place!

This densely populated country encompasses the amalgamated influences of Indian and Spanish along with predominant European influence. About 90% of Salvadorans are Mestizo, descendants of Spanish and Indian ancestors while 9% claim Spanish descent. This cultural mix is also visible in the country’s rich tradition of folklore, poetry, and painting. It is also important to know here that the Roman Catholic Church has been a major influence on the Salvadoran culture. 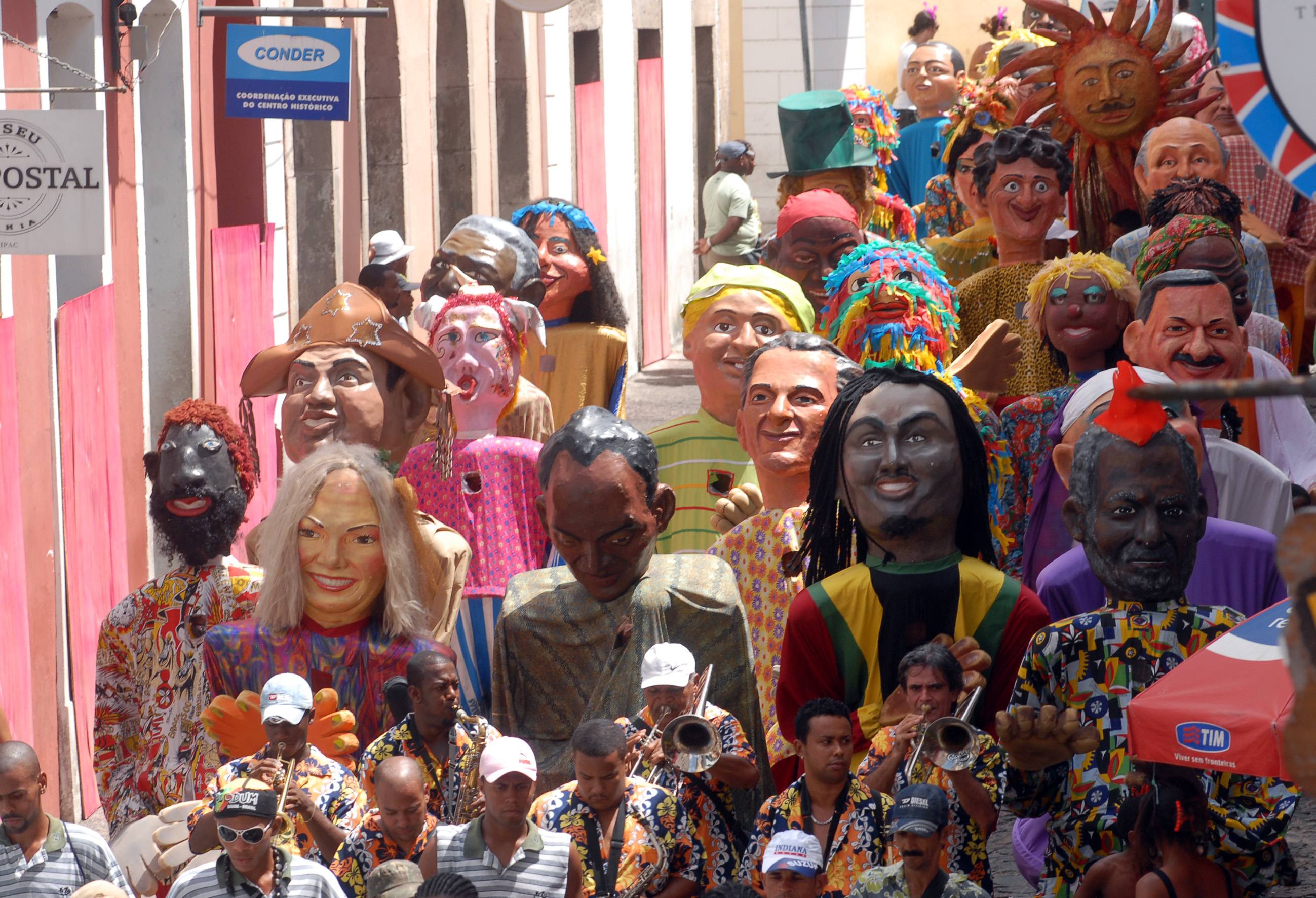 The country has given few renowned poets and writers who have made valuable contributions in the world of Literature. One of them is Manlio Argueta who is best known for his book ‘One Day of Life’ that takes the reader through one day of the life of Lupe, a grandmother in a small village of El Salvador. Roque Dalton is another great example of Salvadoran literature and is considered as one of the most compelling poets of Latin America.

In the context of publishing, most of the newspapers and publishing companies in El Salvador are privately owned. Some of the well-known daily newspapers include the ultraconservative El Diario de Hoy (Today’s Daily), the conservative La Prensa Gráfica (The Graphic Press), El Mundo (The World), and the government-owned Diario Oficial (Official Daily) among others.

Salvadoran music is a mixture of few indigenous cultures (like Lenca, Maya, Pipil and more) and Spanish influences. Use of marimba, tehpe’ch, flutes, drums, scrapers and gourds are common in Salvadoran music.  One can often find rural lyrical and satirical themes in this music. Recently, there has been a revival of popular folk music often mixed with political commentaries. However, currently most of the population is inclined towards the Cuban, Colombian and Mexican music.

When it comes to dance, Xuc is a well-known folk dance of El Salvador’s. Another musical repertoire consists of Danza, Pasillo, Marcha and Canciones.

The most followed and famous sport of the country is Football (soccer). Mágico González (Jorge González Barillas) is considered one of the most successful footballers in the history of Central America. As of today, the national football team plays at the Estadio Cuscatlán in San Salvador. With a total 53,400 seats, it is the largest stadium in Central America and the Caribbean.

A handmade corn tortilla called Pupusas is the notable dish of this country. Yuca frita and Panes con pollo are few other typical Salvadoran dishes. Yuca frita is deep fried cassava root served with Curtido and pork rinds with fried baby sardines. Pan con pollo is a warm turkey or chicken-filled submarine sandwich, traditionally served with tomato and watercress. For dessert, one can often find Maria Luisa; a layered cake soaked in orange marmalade and sprinkled with powdered sugar.

El Salvador is bordered by Honduras to its north and east. Pacific Ocean lines the south of the country; and the northwest is bounded by Guatemala. An interesting fact to note, is that El Salvador is the only Central American country that lacks a Caribbean coast. Its territory is entirely located on the western side of the isthmus. The highest point in El Salvador is Cerro El Pital at 8,957 ft on the border of El Salvador and Honduras. 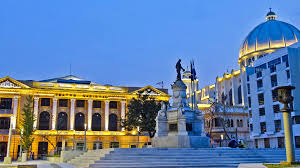 Residing on the Central American volcanic axis is a major factor in determining the geographic regions of the country. El Salvador has over twenty volcanoes including San Miguel and Izalco which have been active in the recent years. Izalco regular eruptions, in the early 19th century and the mid-1950s, earned it the name Lighthouse of the Pacific.

When it comes to weather, the country maintains a tropical climate, inclusive of the wet and the dry seasons. It varies in the range of 15-23° Celsius. If you are wondering what the best time will be to visit the country, then the answer is at the beginning or end of the dry season.

The Olmecs followed by the Maya and Toltec empires settled in El Salvador until the arrival of Pipil people in the 11th century. They became the predominant group of the country. However, it was only till the arrival of the Spanish conquerors who took over the country in 1528. After achieving freedom from Spain in 1821 under the Mexican Empire, but the country gained its full independence in 1841. Later, economic inequality led to the civil war in 1980 which lasted for 12 years.

Historically the currency of El Salvador had been “el Colón Salvadoreño”, although in 2001, it was announced to be change by the US dollar and the old currencies has been remove gradually from the market by the Central Bank. 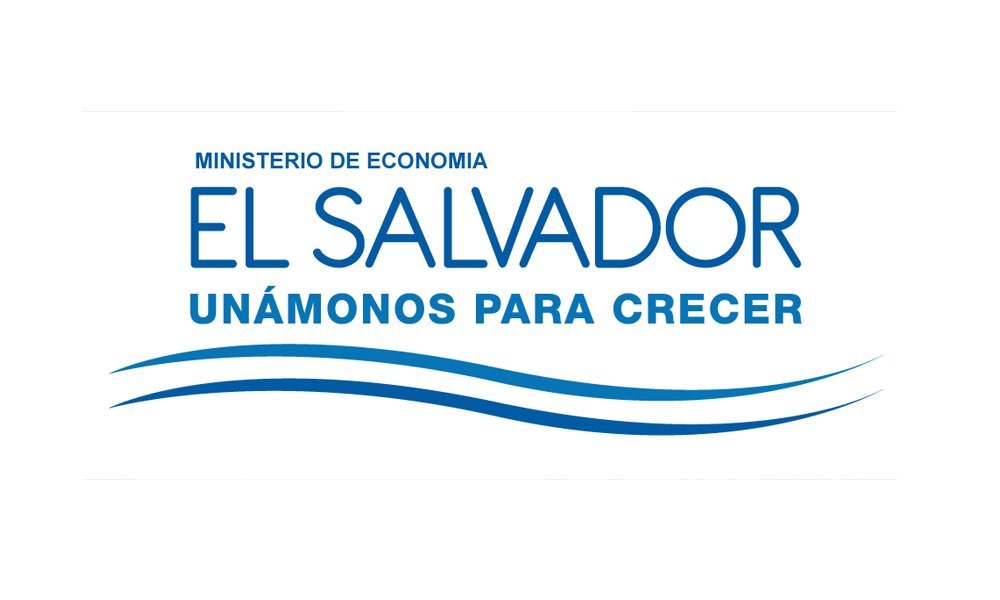 Traditionally, El Salvador was an agricultural country, heavily dependent on the coffee exports. The country saw change by the dominance of the service sector towards the end of the 20th century. However, even today the coffee alone accounts a significant part of the value of agricultural production in the country.

The period of civil war had grave consequences on the country’s economy.  It was only after the signing of the peace accords in 1992 that El Salvador’s economy began to recover from those effects. Post the peace accords, the country went on to expand its service industry, increased the amount of agricultural exports and showed progress in other sectors.

The country signed the Central American Free-Trade Agreement (CAFTA) with the United States in 2004 that helped in boosting the export income. It is also necessary to mention here that remittances from an estimated more than one million Salvadorans living in the United States have played a crucial role in the Salvadoran economy since the end of the country’s civil war. In September 2015, El Salvador started a five-year $277 million second compact with the Millennium Challenge Corporation – a US Government agency. The objective is stimulating economic growth and reducing poverty in order to improve El Salvador’s competitiveness and productivity in the international markets.

Geographically the smallest country in Central America is the fourth-largest economy in the Centro American region according to the reports of the World Bank.

The Diplomatic relations between El Salvador and India were established in 1979. The two countries have subsequently signed a Memorandum of Understanding in 2004 on holding regular consultations between their respective foreign ministries. Further, in 2011 they signed a Memorandum of Understanding on Fisheries and Aquaculture. After the first Foreign Office Consultations held in 2012, they signed an agreement on cooperation in science, technology & innovation.

As of today, the main exports by India to this country include pharmaceuticals, fabrics, organic chemicals, plastic and plastic articles. The major imports from El Salvador are wood products.