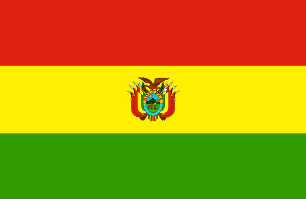 Bolivia is a Spanish speaking country located in South America. The country has the highest capital city in the world, one of the largest navigable lakes, the Atacama Plateau, the Rainforests of the Amazon Basin and an important part of the Great Andes Mountains. With the snow-covered mountain Illimani in the background, its administrative capital La Paz at more than 3,500 m, overlooks the Peruvian frontier and hosts one of the more culturally and biologically diverse countries in the world. Let’s discover more about this fascinating Spanish speaking country. 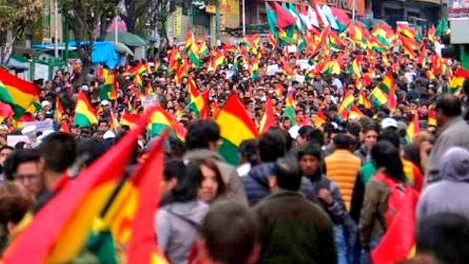 Bolivia currently has three distinct cultures: the pre-Columbian indigenous population, colonial or criollos, and mestizos or mixed. It has important remnants from many large pre-Columbian civilizations include ancient sites, gold and silver adornments, stone temples, ceramic, and tissue. Tiahuanaco, Samaipata, Inkallaqta, Iskanwaya are some of the most significant remains of the region. There are plenty of other places that archeologists have not studied due to the complexities that accessing them represent.

The Spanish heritage grew into a rich and distinguishing architectural and literary form, recognized as the ‘Mestizo Baroque,’ in the hands of the local indigenous and mestizo builders and craftsmen. The work of prestigious artists like Perez de Holguin, Bernardo de Bitti, and even the works of professional but obscure steel cutters, woodcarvers, golden smiths, and silversmiths shaped the colonial architecture and landmarks of Bolivia. Bolivia has many famous names in the graphic arts such as Cecilio Guzman de Rojas, Arturo Borda, María Luisa Pacheco, Alfredo Da Silva, and Marina Núñez del Prado.

In recent years, a significant body of native baroque colonial sacred music has been recovered and performed internationally with great acclamation since 1994. As the music of Kjarkas with its worldwide renown song “Llorando se fue” translated into many different language and versions, or Eddy Navia often called the “Mozart from Andes

One of the most emblematic symbols of Bolivia are Las Cholas or just Cholitas. Native American women that dress with the traditional costumes: A Bobbin hat traditional of the nineteenth century’s Europe, colorful layered skirts and on the upper part, the typical Aguayo a woven blanket that helps to combat the cold temperatures of the high Andean altitudes. 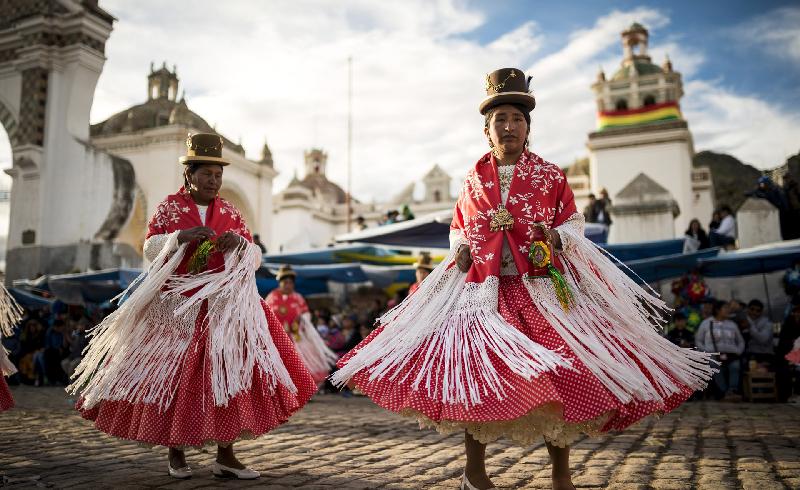 Can you imagine a Heaven on Earth? Well, the Salt Flat of Uyuni, located in Bolivia is the largest on Earth, and in rainy days it reflects the sky in a way that the visitors experience Heaven on Earth.

Bolivia is a country that is landlocked, has no coast or seaside as is limited with no ocean frontiers as a result of his historical development, especially due to the War of the Pacific in 1879 when the country lost the coast territories against Chile. Nevertheless, Bolivia claims the Titicaca Lake, which at 3,805 m (12483 ft) is the world’s largest navigable lake. Current boundary conflicts occur with Peru over proximity to Lake Titicaca, which often involves land demand.

The country’s landscapes are complex. The mountains have rough and nutritious volcanic regions and even volcanoes. And the Amazon Basin is filled with dense rainforests. Bolivia’s eastern portion is warmer, and the rainforest region of the Amazon Basin can get really hot in the plains and humid.

Did you know that before the Spanish conquest, Bolivia was part of the Inca Empire? Before the colonial conquest by the Spaniards, many Aymara tribes, of the Titicaca lakeside, were conquered by the Inca empire following the fall of the Tiahuanaco Empire. In this sense, the Collasuyo Andes province, where Bolivia is situated, was part of the Inca empire, whereas independent nomadic tribes occupied the northern and eastern lowlands.

In the 16th century, Spanish conquistadors from Cuzco and Asunción seized control of the region. Bolivia became classified as High Peru during much of the Spanish colonial period and was ruled by the Royal Charcas Audience. Also, for shorts periods of colonial history, the Audience of Charcas depended on the Viceroyalty of Río de la Plata.

Following the first fail appeal for independence in 1809, the Bolivian Republic, named after worldwide renown Simón Bolívar, one of the most iconic figures of freedom in Latin America. Bolivia, was founded on 6 August 1825. Since then, the country has suffered, frequent cycles of political and economic turmoil, including the fall of its neighbours, such as Acre, parts of Gran Chaco, and the loss of its Pacific coastal, leaving it a state-locked nation.

The Bolivian economy in has been listed as a middle-income nation by the World Bank. The country’s buying power parity is the world ‘s 95th strongest economy and is ranked 114th (high human development) with a Human Development Index of 0.703. In many sense Bolivia is not yet a completely developed country as production in many sectors as agriculture is not industrialized.

The Bolivian economy has a particular mineral orientation as the history of the country depicts. It has always undergone occasional phases of economic diversification, from silver to tin or coca. The efforts to upgrade the agricultural sector have been constrained by political instability and difficult topographies. Similarly, comparatively small growth of population coupled with low life expectancy and high disease occurrence has stopped labor pool flowing and discouraged businesses from thriving.

Rampant inflation and corruption have also thwarted the development, but the fundamentals of its economy were improving at the beginning of the 21st century unexpectedly, which led major rating agencies to increase Bolivia’s economic rating by 2010. The mining industry currently dominates the export economy of Bolivia, especially the extraction of natural gas and zinc. 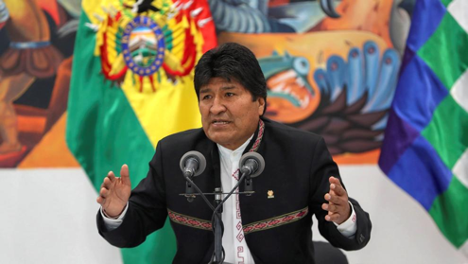 Bolivia and India have an intense economic relation. Bilateral Bolivia-India exchange in 2015-2016 amounted to $314,684 million. India exported products worth $74,432 million to Bolivia, and in 2015-16 it imported $240,252 million. Indian automobiles, iron, and steel, medicinal items, equipment, rubber, plastic products, and yarns and textiles are the principal goods shipped to Bolivia from India. Gold, leather, and animal feed are the primary goods imported from Bolivia by India. Both countries negotiate a BIPPA (Bilateral Agreement for Promoting Infrastructure and Protection).

Indian firm Jindal Steel & Power Ltd., the third-largest India’s steel manufacturer, was granted a contract in 2007 for the construction of the El Mutun, iron mine. It reported its investment of $2.3 billion in the construction of a steel factory, which became the largest foreign direct investment in the history of Bolivia. However, in July 2012, the corporation shut down the plant, citing the Government of Bolivia for not fulfilling the contract requirements. In August 2014, the Chamber of Commerce ruled in favor of Jindal and directed a $22.5 million payout to Jindal by the state-owned mining company, Empresa Siderúrgica del Mutún.

UPL, a corporation located in Santa Cruz, Bolivia, has an address. Ashok Leyland has a deal with COFADENA and is located in Bolivia. Tata Motors Indian carmaker retails its vehicles in Bolivia via an authorized dealer.

An agreement on cultural cooperation was signed in 1997 by Bolivia and India. Bolivia is host to Bollywood films, music, and dance. In cities such as La Paz, Cochabamba, Potosí and Oruro are present Bollywood dance academies (locally known as Danca- Indu) and Indian dance groups. 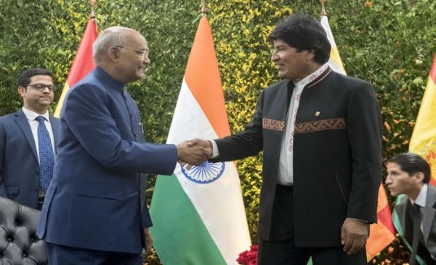