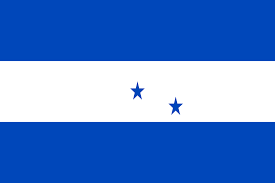 Do you love sun, sand and coral reefs? República de Honduras, as the country is officially known, is part of the Second biggest Coral Reef in the World surround with gorgeous white-sand beaches. The capital of the country is Tegucigalpa, the largest city of Honduras along with its twin sister, Comayagüela, However, another city, San Pedro Sula, is the second most important city, industrially as well commercially. Get to know deeper this country! 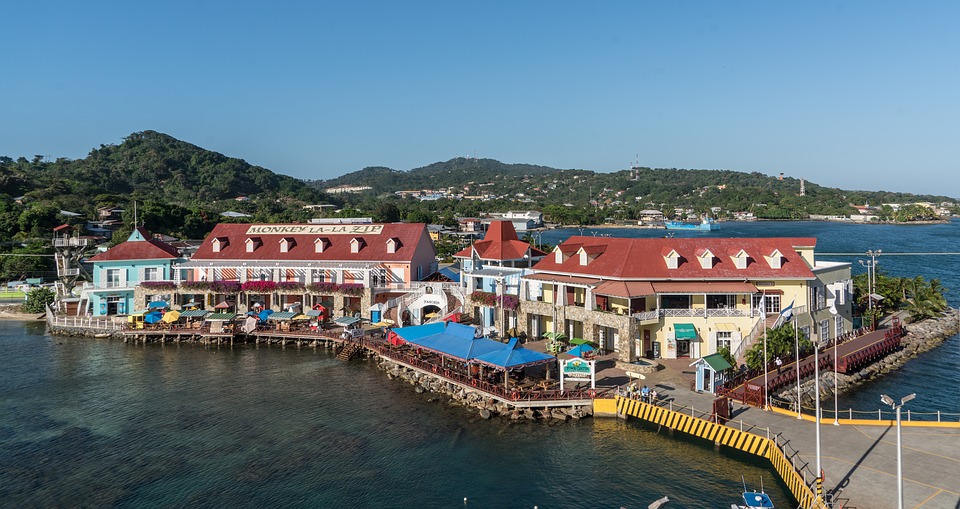 Spanish is the official language, spoken by the majority of Hondurans. A number of indigenous languages are also spoken in some small communities. Like Garifuna, Miskito, Bay Islands Creole English and few others. The majority of Honduras’ population resides in the highlands and is Roman Catholic. Traditional family life is given much importance in this country

A well-known Honduran painter is José Antonio Velásquez. However, his famous work can only be seen at the Art Museum of the Americas in Washington, D.C.

Punta is the most popular rhythm of Honduras along with few other sounds like Caribbean salsa, merengue, reggae and reggaeton. Mexican rancheras are often heard in the rural interior of the country. La ceiba and Candú are two popular folk music of the country. Modern Honduran music can mostly be heard in the capital, Tegucigalpa. Some well-known musicians of the country are Guillermo Anderson and the singer Polache.

The daily newspapers of the country are published in the principal cities. Newspapers of Tegucigalpa and San Pedro Sula are quite noteworthy. Even though the country faces political and economic instability, there has been a progressive and rapid development of radio and television. This has proved to be an excellent facility for speedy and effective communication.

As many other Latin American countries, Honduras shares a passion for Football (soccer). There is hardly a village that does not sponsor a team or club at some level of competition. Sports tournaments and international matches have great emotional value for the Hondurans. Few other sports played in the country include basketball, volleyball, rugby and cycling. Apart from the above mentioned there are many sports and recreational facilities in the country that caters to the tourist trade. Like Scuba diving, swimming, and sport fishing (especially for tarpon) are popular in the resort region around Cannon Island, on the northern coast.

Honduran cuisine is an amalgamation of indigenous Lenca cuisine, Spanish cuisine, Caribbean cuisine and African cuisine. Some typical popular food found in the country includes cassava (tapioca), seafood, and chili peppers. Different parts of the country have different dishes associated with them. Like  sopa de hombre (man’s soup) and other seafood dishes in the south, queso con chile (cheese with chili peppers) in the west, and cazabe (mashed cassava) among Garifuna in the north. The most important dish for Honduran is the Baleada a flour tortilla filled with mashed beans and cheese.

One of the most colorful traditions of the country are the renown sawdust mats, created with different shapes, images and representations to commemorate mostly, religious festivities as the Holy Week or the Day Corpus Christi’.

The country is bordered by Guatemala and El Salvador to its west; Nicaragua lines the country on the Southeast side. The northern coast is bounded by the Caribbean Sea while a narrow coast of the south is bordered by the Pacific Ocean . Its area includes the offshore Caribbean department of the Bay Islands. 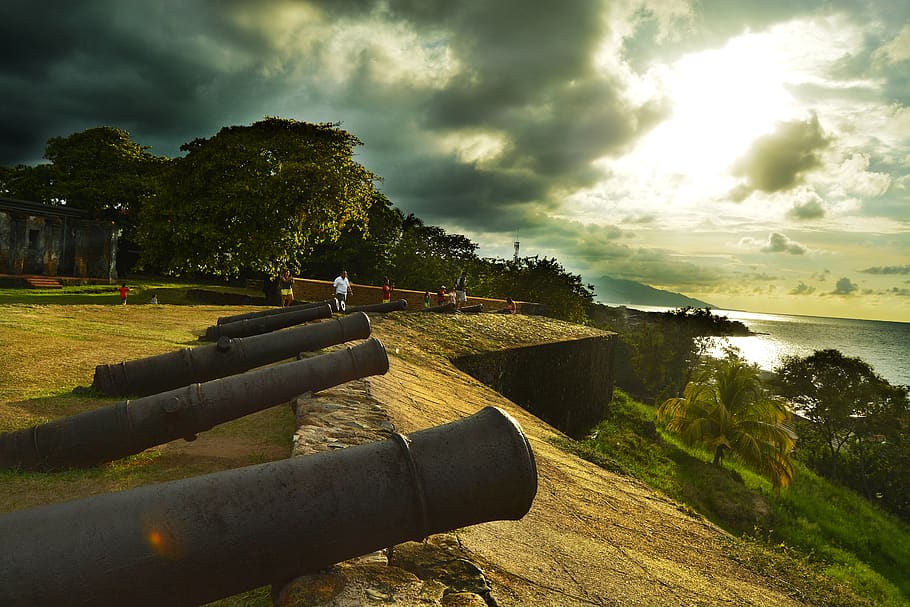 Honduras has four distinct regions: the central highlands, Pacific lowlands, eastern Caribbean lowlands and northern coastal plains and mountains. The climate varies depending on these regions. A tropical climate is maintained in the lowlands while temperate sustains in the mountains. The central and southern regions are relatively hotter and less humid in comparison to the northern coast.

Honduras is the only country in Central America which does not have volcanoes.

The five cerulean five-pointed stars arranged in an X pattern centered in the white band in the Honduras flag represent the five nations of the former Federal Republic of Central America (El Salvador, Costa Rica, Nicaragua, Honduras, and Guatemala) and the hope that the nations may form a union again. 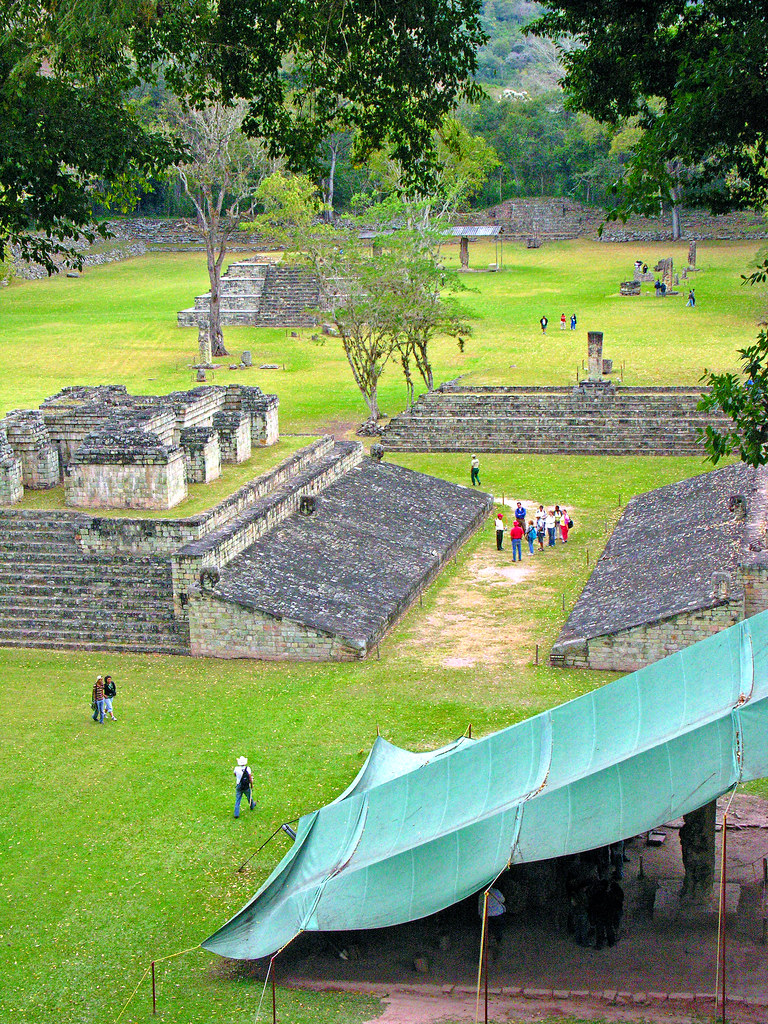 The land was already a home to the Maya and other indigenous people when Christopher Columbus discovered Honduras in the 16th century. This event was soon followed by a Spanish conquest of the country. It wasn’t until the 19th century that the country gained its freedom. Independence from Spain came in 1821 and from Mexico in 1823, when Honduras joined the newly formed United Provinces of Central America.

The 20th century witnessed some major instability in the country. While still under military rule, a brief but serious war broke out between Honduras and El Salvador. It was caused due to a dispute over immigration and the lack of a clearly defined border between the two countries. It was only two decades later that Honduras returned to civilian rule after an agreement was reached with El Salvador.

A major event that caused the damage of thousands of lives and billions of dollars to the country was the 1998 Hurricane Mitch. It proved to be a major setback in the country’s progress.

As present, the country runs in the framework of a multi-party system presidential representative democratic republic. The President of Honduras is both head of state and head of government.

One third of the country’s economy is supported by agriculture, with coffee being the biggest export. Although growing and exporting banana crops also makes a significant contribution in raising the country’s national income. 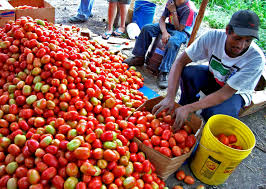 Apart from the above-mentioned sources, Honduras’s economy is heavily dependent on US trade and remittances. The US-Central America-Dominican Republic Free Trade Agreement (CAFTA) came into force in 2006 which has helped fostering the foreign direct investments.

Some of the major exporting partners of the country are the U.S, Germany, Belgium, El Salvador, Guatemala, The Netherlands and Nicaragua. The major exporting products include coffee, bananas, fruits, palm oil, lumber and few others. On the other hand, the major importing partners are the U.S, China, Panama, Costa Rica, El Salvador and others. The major importing commodities include fuels, chemical products, machinery and transport and more.

Indian Embassy in Guatemala is concurrently accredited to Honduras. The permission by Honduras for opening its Embassy in New Delhi has been duly accorded by India. Vice Foreign Minister Eduardo Enrique Garcia Reina visited the country in 2008 to participate in the second India-SICA Foreign Ministers’ meeting in New Delhi. In this course, both the countries signed the MoU agreeing to hold regular Foreign Office Consultations. The first such consultation was held in Honduras in 2015. Apart from this, few other agreements and MoUs have also been signed between the countries.