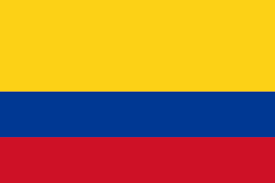 Coffee, colors, and tastes, that’s Colombia! The Republic of Colombia has almost twice the size of France and includes the Archipelago of San Andrés and Providencia, situated in the Caribbean, some 650 km (400 miles) northwest of Colombia. Although, the population is mainly concentrated in the mountainous center. Bogotá, the nation’s capital, is situated in the northern Andes on the high plateau. Colombia is one of the most emblematic countries in Latin America. Let’s explore this magical Spanish Speaking country from South America! 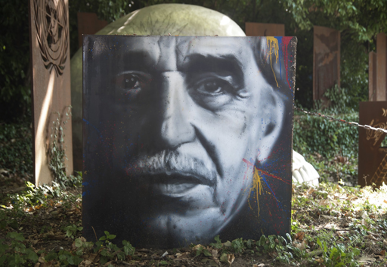 Many elements of Colombian history have to do with its colonial history.  Christianity and Spanish culture have permeated all the cultural elements of the country. One can see the influence in its architecture, the churches and cathedrals as well. Though it has nothing to do with the colonial history as such, the Salt Cathedral or Catedral de la Sal as called in Spanish is an interesting place to visit.

Graphic arts are a very important part of Colombia’s life. That’s why there are a lot of mural paintings by local artists that colored the cities and represent many of the diverse faces of the Colombian Culture. One of the most renowned Colombian artists, Fernando Botero’s oversized sculptures are one of the most expensive art pieces in the world.

Also, many ethno-racial groups in the country have maintained their ancestral cultural heritage and create a vibrant society. Carnivals, the Colombian Cumbia, and dances like the Garabato are symbols of the syncretism of cultures from the indigenous groups, the mestizos, and the African-rooted population.

The literature is another big highlight for Colombia. The Nobel laureate Gabriel García Márquez has not only wrote classics of the Spanish literature e.g. One Hundred Years of Solitude but he has influenced hundreds of writers, and artists all over the world. Indian writers like Salman Rushdie has widely accepted Marquez’s influence in his writings. In the XXI century, new waves of Colombian literature is emerging with authors like Juan Gabriel Vásquez, Héctor Abad Faciolince, Fernando Vallejo, Laura Restrepo, Piedad Bonnett, Santiago Gamboa, Mario Mendoza, Gérman Castro Caycedo, William Ospina, etc.

Colombian music has also won a very special place. Many Colombian singers are world-renowned e.g. Shakira, Juanes, Maluma or Fonseca whose songs are characterized by Reggaeton. More forms of traditional music are also culturally very important like Bambuco, Merengue or Vallenato.  Vallenato is a unique cultural heritage of the Caribe Colombiano. 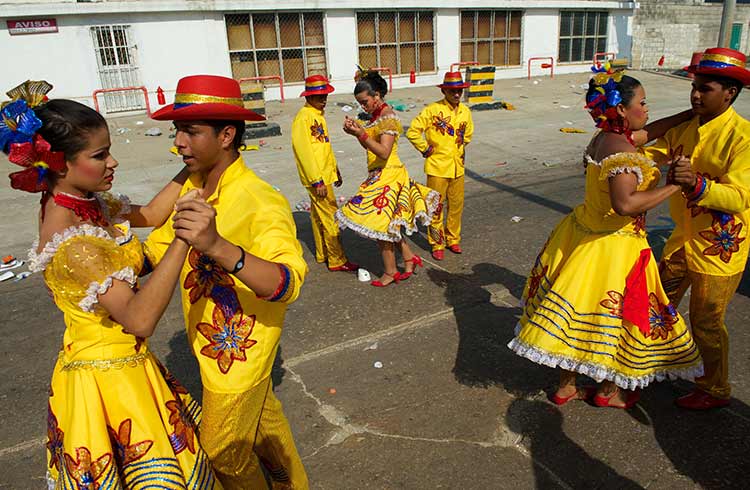 Colombia is the world’s second most biodiverse region after Brazil. Colombia is one of the world’s remaining 17 “mega-divergent” nations. This country has the highest number of species per area in the world, including the most endangered butterfly species, most orchids, most amphibians, and more bird species than all the other countries, including in Europe and North America.

Colombia is part of the “Ring of Fire,” which contains 452 volcanoes and is vulnerable to earthquakes and volcanic eruptions in the Pacific Ocean. This feature impacts in the country with a very unstable seismic activity in many regions of the country.

Do you love cycling? Bogotá, Colombia has the biggest cycling path network in South America: it extends about 300 km from the outer suburbs to the city center also if you love swimming you might love to know that Colombia is Latin America’s nation with coastlines in both the Atlantic and Caribbean Oceans with beautiful beaches in both.

Colombia’s popular national sport is termed “Tejo.” The purpose of this game is to throw a Tejo (disk) to strike mechas loaded with gunpowder (usually a metal pipe), leading them to burst and taking your team closer to the goal. 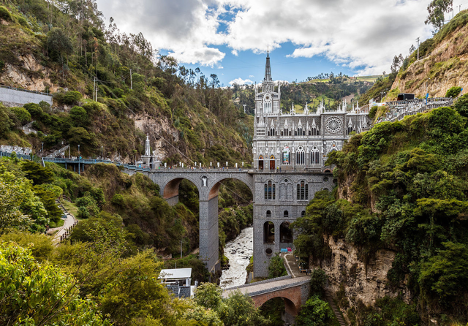 Before the Spanish conquest, Native American peoples were settled in the places as the Quimbaya, Nariño, Zenúes or Calima. After the arrival of the Spanish in 1499, they founded the first cities like Cartagena de Indias, Bogotá and Santa Marta. El Nuevo Reino de Granada was absorbed under the Viceroyalty of Peru and became part of the larger colonial administration.

The fight for the Independence started in 1810, and in 1819 the country obtained its freedom under the name of “Gran Colombia”, which included the current territories of Panamá, Ecuador and Venezuela. The division of that territory to the ones that prevail until today entailed many other armed conflicts changing the name of the nation in numerous times. It was only in 1886 when the country under the name of the Republic of Colombia was formed. Between 1899 and 1902 took place the War of the Thousand Years or Guerra de los Mil Días, ending with the Independence of Panama with help of the United States of America.

Since the 1960s, the country has experienced an asymmetric military struggle of low severity, with an expansion in the 1990s but subsequently decreased after 2005. The legacy of Colombia’s colonization contributed to the rise of a rich cultural heritage in one of the most ethnically and linguistically diverse countries in the world: although varying terrain and daunting nation environments contributed to the creation of extremely powerful national identities.

The political instability and high social inequality fostered the emergence of arm groups which later would become Guerrillas, causing in the decades between 1970 to 1990 some of the most dangerous conflicts in Latin America entangled with drug dealing, kidnapping, and displacement of the people. 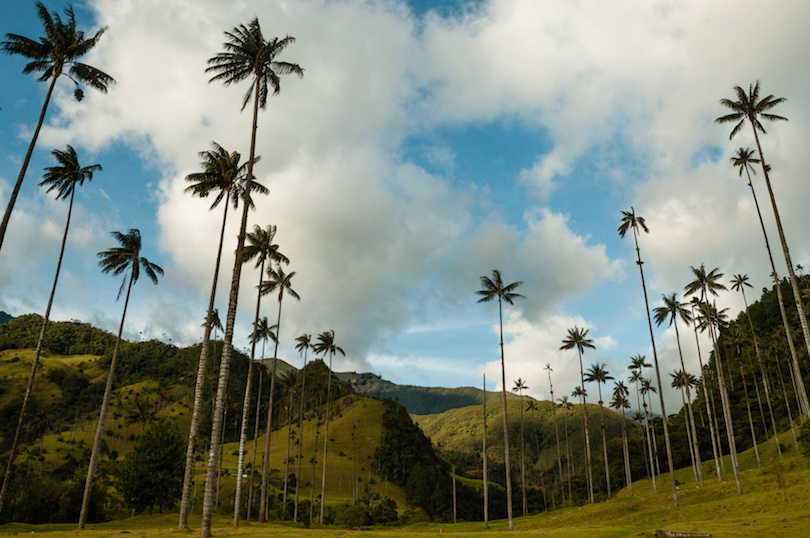 Petroleum is the main export in Colombia, accounting for over 45% of exports in Colombia. Production accounts for almost 12% of Colombia’s exports and is growing more than 10% a year. Colombia has the world’s fastest-growing Internet market and Latin America’s longest-running fiber-optic network. Colombian coffee is world-famous for its quality and its flavor.

Since the early 2010s Colombia has been concerned about selling Colombian pop culture to the world as a resource to diversify the economy and fully transform the image of Colombia (which involves video game plays, songs, film, televisions, fashions, and food); a national movement close to the Korean phenomena. Colombia is just behind Mexico in the export of cosmetics and fashion. According to studies, foreign visitors to Colombia grew about 300% between 2006 and 2019. Clearly, it shows the transformation of the country from a drug and crime-infested place into a safe and tourist-friendly destination.

On July 14, 1970, a trade agreement was concluded between Colombia and India but was not established because of economic restrictions on imported products, and the strategic gaps between both nations. The Colombian Government announced on 23 August 2007 a rise in trade between Colombia and India. India received some 346 million dollars from exports to Colombia, while Colombia exported some 62 million dollars to India.

Oil India Limited invested 425 million dollars in the country in 2006. To exploit the Colombian territories for coal, the firm intends to take part in contract awards.

The relations of Colombian President Andres Pastrana Arango’s visit to India on 4–7 March 2001 strengthened their economic and shared cooperation. Though these countries sit afar there are a plethora of avenues for cultural collaboration due to many similarities in the societies. Since Spanish is the official language of Colombia one should learn Spanish to unravel the magical realism of this fascinating country. The growing demand for the Spanish language in India is also due to the growing trade and commerce between India and the Spanish speaking countries like Colombia. You are welcome to try our online Spanish courses and decipher what Garcia Marquez wrote in original Spanish.

–Colombia is on the 2nd place with the most national holidays. In total, they have 19: of which 12 Catholic and 7 Civic holidays. On the 1st place is India with 21 days.

–The country is ranked in the top 10 in the world for performing the most medical procedures in the categories of face, head, buttocks, breasts, body, and extremities.

–The government prohibits alcohol during major events in order to limit disturbances.

–One-third of the country is Amazon-Rainforest

–The country has the tallest Palm trees in the world. Some can measure up to 60 meters